Hairlossable is reader-supported. When you buy through links on our site, we may earn an affiliate commission. Learn more

This is an Advertisement - More Info Click Here
Close

ADVERTISEMENT
THIS IS AN ADVERTISEMENT WHICH CONTAINS REVIEWS AND INFORMATION ABOUT CLINICAL EFFECTS PRODUCTS. WHILE THIRD-PARTY PRODUCTS ARE PRESENTED, THIS IS A PROMOTIONAL SITE FOCUSED ON THE SALE OF CLINICAL EFFECTS PRODUCTS. THIS IS NOT AN INDEPENDENT NEWS ARTICLE, BLOG, OR CONSUMER PROTECTION UPDATE. EDITORIAL CONTENT IS NOT A SUBSTITUTE FOR, NOR SHOULD IT REPLACE THE ADVICE OF YOUR HEALTHCARE PROFESSIONAL. 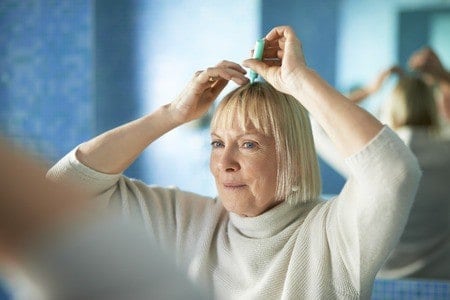 * Only visible on admin mode.

Hair loss, commonly known as alopecia is a genetic autoimmune condition that affects approximately 2% of the world population. It is non-infectious and can occur to anyone regardless of age, sex or skin.

Some people are adversely affected by it that they consider it to be an actual disease. The main effect is the aesthetic changes it causes in people which can lead to psychological problems like loss of confidence, embarrassment, insecurity and even depression.

Many methods have been described for prevention and treatment of hair loss. One lotion invented by an Italian Doctor Giovanni Brotzu caused much buzz when it was said to have reversed hair loss.

Brotzu, a respected vascular surgeon, discovered the treatment while working on diabetes patients. He noticed that after applying the lotion to patients’ limbs, it caused increased circulation that led to hair growth.

He then tested it on the head of a balding male nurse and noticed hair regrowth. 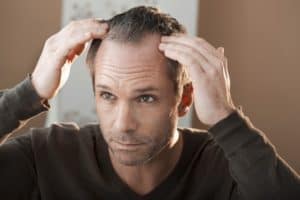 He then needed to conduct lengthy and expensive trials for which he approached Fidia, a pharmaceutical company. Fidia has been testing the drug and will be in charge of its commercialization.

Many people believe the lotion will work as Dr. Brotzu is a respected doctor and wouldn’t want to discreet his career over a substandard product he doesn’t believe in.

The lotion is said to work on different types of hair loss. This includes hair loss due to poor diet, hereditary factors, some diseases, medical treatments, hormonal changes, and stress.

Therefore, it can not only regrow hair but can lead to the generation of new hair. The product is also said to work on both men and women.

No prescription will be needed to acquire this medication. It will be an over the counter product that can be accessed by anyone and at any time.

Dr. Brotzu and the team have been working hard to ensure the ingredients are safe for everyone regardless of physical or health condition. The lotion is said that it will be marketed as a cosmetic product and not a drug

The lotion is also expected to be affordable. There have been rumors it will not cost more than 100 Euros. This is fair if it works compared to other methods like hair restoration surgery.

The lotion is said to work faster that most hair products. Results of hair growth were observed after 30 days of use. For other medications, you have to wait months before you see the first signs.

The product is said to only exist in lotion form. There has been no mention of sprays or jelly. This can be a downturn for people with sensitive skins that can be allergic to lotions.

Even with the hype, there is little-proven evidence of it working on people. Very few images have been released. There have been many years of trials, and its commercial release keeps being postponed.

The latest update from Fidia’s website on 10th January 2017, said that the study was still in progress and they cannot give an accurate time frame when it would be available.

Many think that it only works in theory but fails practically.

The lotion is suitable for younger patients who are undergoing the earlier stages of hair loss. Dr. Brotzu specified people below 30 years. This can be as a result of the alopecia not having progressed so much.

For these people, Bronzo lotion is said to result in total hair restoration that can lead to a normal appearance. Older people can still use it, but the results will not be as good.

Disclaimer: The information contained within this site is not intended as a substitute for professional medical advice. If you have, expect to have, or suspect you may have any medical condition, you are urged to consult with a health care provider. These statements have not been evaluated by the Food and Drug Administration.

These products are not intended to diagnose, treat, cure, or prevent any diseases or medical conditions. Results are based on Hairlossable.com Ranking System and do not necessarily reflect typical results from the use of these products. Please visit product websites for more information.

FTC Disclosure: We represent a professional research and review team, and on our page you may find affiliate links for which we could be compensated for by clicking on them. https://hairlossable.com is a participant in the Amazon Services LLC Associates Program an affiliate advertising program designed to provide a means for sites to earn advertising fees by advertising and linking to amazon.com.

All logos and names are respective to each company and brand, all registered trademarks and protected images are used under the terms of 'fair use'. Please reach out, we're human too.

has been added successfully to your wishlist.